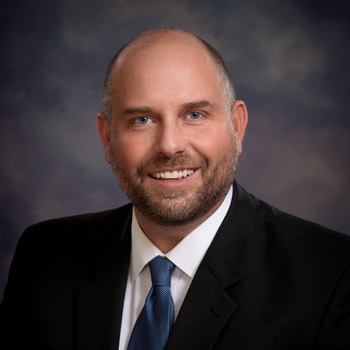 Chip has more than 15 years’ experience in the financial industry. He received his B.S. degree in Business Administration and Management from the Pamplin College of Business at Virginia Tech in 2002. While at Virginia Tech, Chip pitched for the varsity baseball team, where he was a 4-Year letterman and Team Captain for the Hokies. After graduating from Virginia Tech, Chip signed a professional baseball contract with the Kansas City Royals and spent two seasons pitching in the Royals minor league system. In 2004, he joined The Gartman Letter, L.C., where he worked closely with Dennis Gartman and served various roles during his tenure; most recently as Director of Operations and Business Development. In 2007, Chip was instrumental in the creation of the CIBC Gartman Global Allocation Deposit Notes. In 2009, he was part of a successful global macro hedge fund launch as a Managing Member of River Crescent Capital GP, LLC. Chip also assisted in developing multiple products that were listed on the New York Stock Exchange: the UBS ETRACS Fisher-Gartman ETN’s in 2011, and in 2014, the AdvisorShares Gartman Gold ETF’s. Chip joined Beacon Harbor Wealth Advisors in 2020 and works diligently with individuals, families, and businesses in their overall comprehensive wealth management plan. He is a member of the Beacon Harbor Wealth Advisors’ Investment Committee. Outside of financial advising, Chip enjoys spending time with his wife Emily, and their 4 kids, playing golf, and watching his beloved Hokies compete athletically. Chip and his family attend Trinity Episcopal Church in Portsmouth and he is a Tidewater Hokie Club Representative, member of the Farmers Bank Community Board of Suffolk, and a part of the Nansemond-Suffolk Academy Board of Trustees.